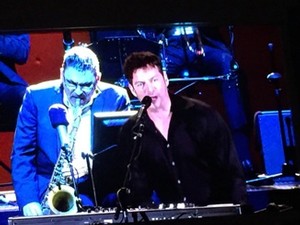 We kicked off the Hollywood Bowl summer season with the a Harry Connick, Jr. concert. This was the second time Ed and I had seen him in concert at the Bowl, and we weren't disappointed. Connick brought his New Orleans jazz band with him, and together they got down playing some fine jazz. Connick not only played the keyboard, but also played the guitar and horn. He also wasn't shy about shaking his booty either, with his back to the audience in New Orleans style. A fun concert!