Ed and I are thrilled that the inaugural release of our 2009 Diamond Mountain District Vineyard 511 Cabernet Sauvignon was just rated 92 points by Wine Enthusiast Magazine; the rating will appear in its December issue. Wa hoo! 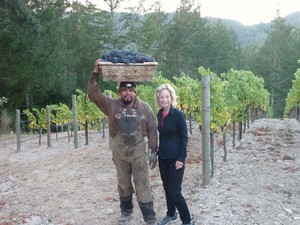 We're in the midst of a fabulous 2013 harvest of our Cabernet Sauvignon. Workers arrived at daybreak and have been furiously but meticulously handpicking our sweet and delicious grapes. 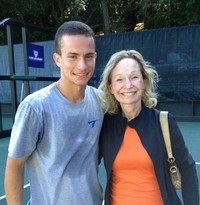