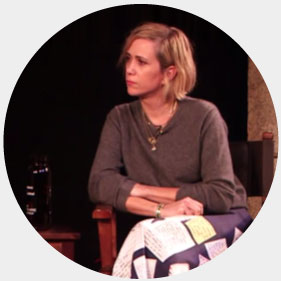 Ed and I attended the Sundance Film Festival again this year, which ran from January 22 to February 1. We attended many films, and the favorite for both of us was the documentary The Best of Enemies about the explosive series of 10 televised debates between liberal Gore Vidal and conservative William Buckley. Both of these men were brilliant and witty, and delivered a no-holds-barred dialog about poliltics, religion and sex. Apart from this film and of the films that we saw at Sundance, we concluded that the Napa Valley Film Festival screened more uplifting and entertaining films.

An extremely interesting panel I attended called Power of Story: Serious Ladies at 2015 Sundance Film Festival, consisted of Lena Dunham (Girls), Mindy Kaling (The Mindy Project, The Office), Jenji Kohan (Orange is the New Black, Weeds), Kristen Wiig (Bridesmaids, Saturday Night Live) and New Yorker critic Emily Nussbaum. It was quite hilarious to hear them explore the stereotypes of women in film and television. Kristin Wiig (picture) was especially funny. I had actually sat in back of her during the screening of Diary of a Teenage Girl, in which she played the immature mother of the teenage girl, earlier that same day at Sundance.